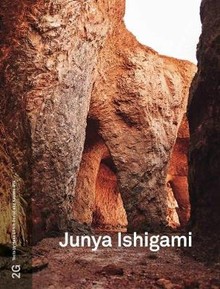 Japanese architect Junya Ishigami (born 1974) became known for his proposal for the Japan Pavilion at the Venice Architecture Biennale 2008. The following year, he completed the Kanagawa Institute of Technology Workshop, and with these two works he was already acclaimed as one of the most innovative Japanese architects. Issue 78 of 2G surveys his career to date.

The first time Junya Ishigami made himself known in Europe, with his proposal for the Japan Pavilion for the Venice Architecture Biennale 2008, he was a young an almost unknown architect who had worked for several years with Kazuo Sejima and had not long with his studio junya.ishigami +associates, founded in 2004.

In the Venice pavilion, Ishigami filled all the interior walls of the pavilion with delicate a somehow naïf drawings of gardens and decided to build several greenhouses with real gardens in the outdoor gardens of the building. The following year, he finished the Kanagawa Institute of Technology Workshop, and with only two works he was acclaimed as one of the most innovative proposals of the recent Japanese architecture. Forcing the limits of transparency and lightness in the beginning, his latest works explore in a conceptual way the relationships between the built matter and the nature, in works such as the Botanical Farm Garden in Tochigi, a multi confessional chapel in China or the house and restaurant for a chef in Japan, where the exploration of the tectonic merges with the telluric and the nature.