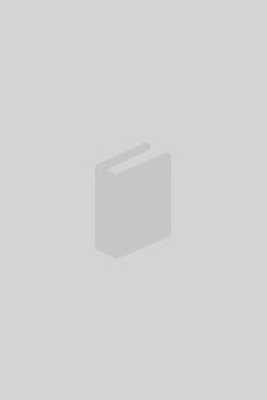 29/03/2022
Tribulation Triptych
Luis Fernández-Galiano This issue has had three consecutive presentations, and none in the end, because this text barely explains a process. After the optimism of January, ...

25/02/2022
The Tanks of February
Luis Fernández-Galiano The crisis of Ukraine reproduces the sleepwalking carnival of the political elites that did not manage to prevent the outbreak of the ...

29/03/2022
The Ashes of March
Luis Fernández-Galiano The devastation of Ukrainian cities like Kharkov, also seen in the dramatic sieges of Kiev or Mariupol, brings to mind the Balkan urbicides or the ...

12/03/2022
Ukrainian Uchronias
Luis Fernández-Galiano To think up the future we have to imagine a different past. With the Ukraine war we have irreversibly entered a new world, but cannot help ...

29/03/2022
Manuel Herz
During the siege of Kyiv, eyes have fallen upon a recondite corner of its outskirts: Babyn Yar, a reminder of the worst deeds that humankind is capable of, has ...

29/03/2022
Babyn Yar Synagogue, Kyiv
Manuel Herz Ukraine In the place that witnessed one of the most ruthless massacres of Jews, now again the scene of bellic insanity, a small house of prayer ...

29/03/2022
New Synagogue, Mainz
Manuel Herz Germany In the absence of a clearly defined typological tradition in relation to synagogues, the project connects with Jewish hermeneutics to ...

29/03/2022
Kyiv in the Face of Moscow
Vladimir Belogolovsky The paralysis of Ukraine on account of the war has an echo in Russia itself, thanks to the sanctions interrupting its urban and cultural boom.

29/03/2022
Geographies of history
Jean-Louis Cohen A recent journey through the principal cities of the country was a stocktaking of Ukraines rich heritage, now under threat of Russian ...

29/03/2022
La insolencia intolerable
Luis Fernández-Galiano The memoirs of Ai Weiwei are an extraordinary political and artistic document. His 1000 Years of Joys and Sorrows incorporate the biographical ...

29/03/2022
Llegar a Vancouver
Alejandro Bernabeu Vancouver is on territory that is hard to get to. That part of British Columbia is one of North Americas roughest regions. The city lies in the ...

29/03/2022
Herencias regionales
Abel Fernández From the time that Sigfried Giedion established his generational theory of Modernity  that major bang on the table that was ...

29/03/2022
Modernidad más allá
David Escudero At one of the last tributes to Frank Lloyd Wright in Italy, he was asked about the countrys modern architecture and he replied: But does modern ...

29/03/2022
Six systemic earthquakes
Luis Fernández-Galiano Arquitectura Viva came into being when the Berlin Wall still stood, and in the three long decades since, it has given testimony of the seismic ...

23/07/1993
Balkan Urbicide
Luis Fernández-Galiano The first victim of wars is usually truth; in the Balkans, the first casualty has been memory. Physical and genetic genocide goes with urban and ...

01/03/2003
Babel vs. Babylon
Luis Fernández-Galiano Wars destroy individual lives and collective symbols in equal parts. In the conflict that is closing in on the Near East, the terrible threat of ...

09/09/2006
More Towers and More Walls
Luis Fernández-Galiano The Chicago skyline with the tower designed by Calatrava; opposite, Shanghai with the opener skyscraper by KPF and, below, a ...

12/04/2007
Theories of Terror
Luis Fernández-Galiano Terror is a serious game. As much in the mutually assured destruction of the Cold War as in the asymmetrical conflicts of the past two ...

24/03/2014
Eurasia versus Atlantica
Luis Fernández-Galiano Crimea is not critical; Ukraine is. On its territory we shall witness a struggle that will shape the future of Russia and of Europe. After the ...

29/03/2022
Arts of small
The house has traditionally been a promising ecosystem for young architects. Straight out of university, inexperienced and with not much to show for on their ...

11/01/2022
Multiple House in Madrid
P + S Estudio de Arquitectura Spain The renovation of a modest apartment that dates back to 1850 pursues maximum flexibility in order to fit in a wide-ranging ...

29/03/2022
Lara House in Madrid
Hanghar Spain The dwelling refrains from adopting a pre-set layout, instead organizing itself in four isotropic rooms, which are spatially and visually connected ...

29/03/2022
Non-Binary Cross Space, Madrid
PachónParedes Spain The revamp of a flat in a tower built in the 1950s eliminated the outmoded original partitioning, in favor of an undefined cruciform space that ...

29/03/2022
Eulalia, Madrid
Burr Studio Spain A former industrial warehouse within a block courtyard is now the home and atelier of a photographer, and to guarantee maximum comfort it ...

29/03/2022
The Day After House, Madrid
TAKK Architecture Spain A reduced budget warranted rethinking the residence as a succession of concentric spaces that harness passive strategies to bring ...

29/03/2022
El Garaje, Madrid
NOMOS Architects Spain An automobile repair shop surrounded by a ramp becomes a home where a sequence of parallel walls makes hallways unnecessary and is ...

29/03/2022
Trap , Madrid
Studio Animal Spain The house for a trap music singer is a concatenation of sets that amount to a spatial translation of this subgenre of hip hop, and reflects the ...

29/03/2022
In Truss We Trust , Madrid
Ruizesquiroz Arquitectos Spain In the scheme to convert a former car-engine repair facility into a place to live and work in, the actual forms of the existing structure ...

HOUSE OF THE MONTH

29/03/2022
Aladino House in Puerto Varas
Iván Bravo Chile The house sits in a clear stretch between trees. It is built over posts that separate it almost a meter from the ground, allowing the flow of streams that ...

INTERIOR OF THE MONTH

29/03/2022
Glacier Garden Museum in Lucerne
Miller & Maranta Switzerland When we speak of the Swiss Guard, what comes to mind are the Michelangelesque uniforms ...

EXTERIOR OF THE MONTH

29/03/2022
African lore
Like the Oscar and like the Nobel, the Pritzker is not simply a prize: it is an encrypted emblem and the reading of it is biographical, sociological, and political all ...

29/03/2022
Authors Outraged
Along with the 6,800 Russian professionals who signed a call for peace quickly censored by Putins government, architects, artists, and designers from everywhere join ...

29/03/2022
The Alberses at IVAM
The young Anni Fleichsmann in 1922 received a Christmas card illustrated with a reproduction of Giottos Flight into Egypt. It was from Josef Albers, eleven years her ...

29/03/2022
Dubuffet at Guggenheim Bilbao
Borrowing entirely from the New York and Venice collections, the Guggenheim Museum of Bilbao will until 21 August be hosting an ardent celebration of the ...

TO CLOSE
29/03/2022
Ukrainian urbicide
Luis Fernández-Galiano Three decades ago the library of Sarajevo, disemboweled by shells, was the symbol of Balkanic urbicide, as documented in the 1993 ...