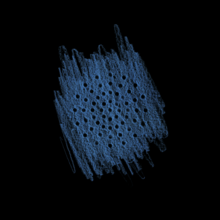 "Dark And Stormy" was Hot Chip's first new recording since 2012's universally-acclaimed album, In Our Heads. It firmly cements them as one of Britain's finest pop groups, while its B-side is a rather miraculous interpretation of In Our Heads album track "Look At Where We Are" by Japanese folk-psych collective, Maher Shalal Hash Baz, who have sung the track in Japanese.